I have a lot of conflicts shooting wildlife and landscape because both types of photography requires good lighting which is around the golden hours. I often see some amazing wildlife out in the field such as bears, coyotes, long horn sheep, foxes, deer, all sorts of birds, jack rabbits, wolves, and many more, but unfortunately I don’t get a shot of them as they are too fast (or I’m too slow).

This one particular morning I was fortunate enough to see a cattle egret in the grass following the cattle to catch the insects they stir up. The combinations of fresh spring grass, subtle light, and lonesome egret sort of made this ordinary photo stand out for me. Although I live in Texas, this was my first time actually seeing a Cattle Egret close-up. During their breeding plumage, the Cattle Egret develop orange-buff breast and crown, and the bill, legs and irises become bright red for a brief period prior to pairing. They are quite beautiful especially during their breeding attire. 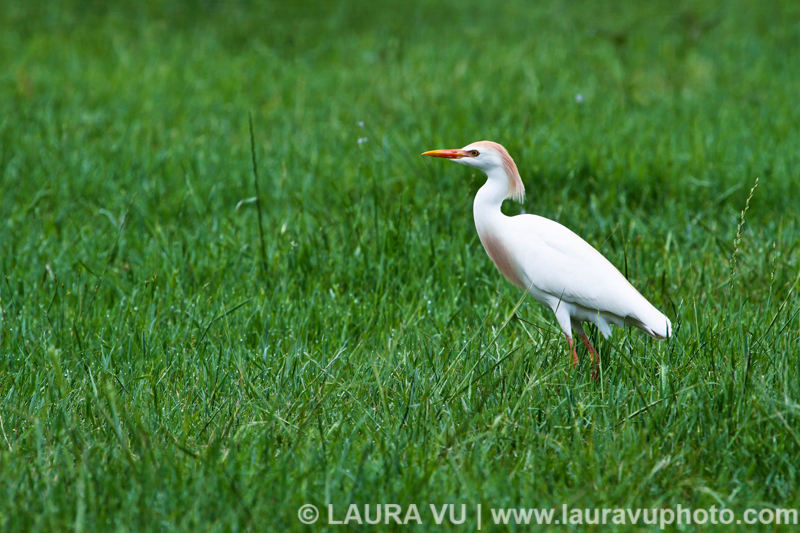